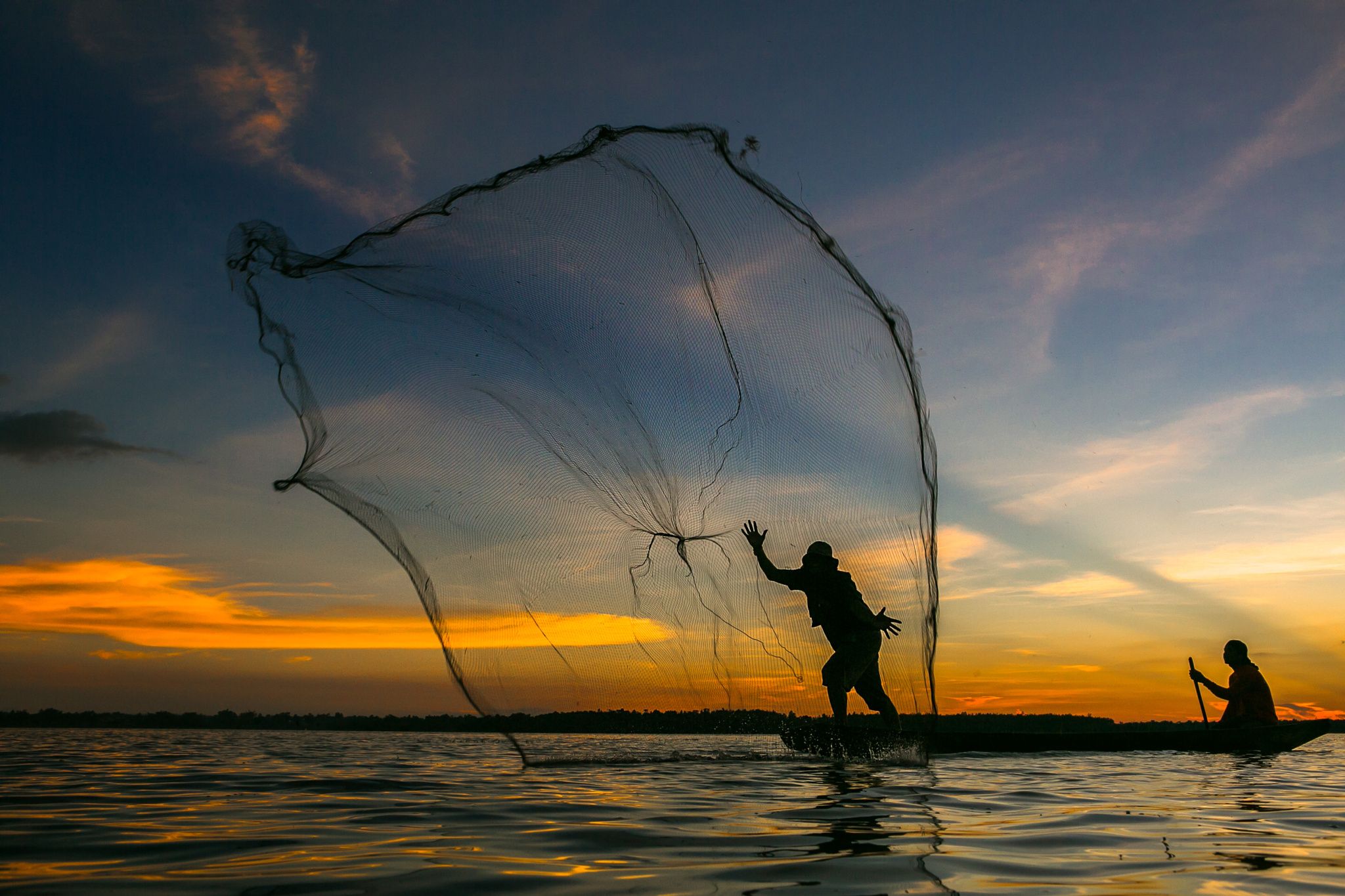 Much of my childhood was spent in a small country school with 18 other children. On the wall in our classroom hung a painting depicting the scene from which today’s story is taken. Jesus is preaching to the crowds from a borrowed boat on the shores of the Sea of Galilee. My imagination would often wander to that painting and particularly to one little girl who was leaning on a rock, listening to Jesus. I decided I wanted to be like her, so near to Jesus that I could almost touch him.

What would it have been like, to be there that day? What would I have seen if I stayed, after he had finished preaching and most of the crowd had drifted away? This story isn’t really about me though, sitting on the shore. It’s about the owner of the borrowed boat and his interaction with the preacher.

I hear Jesus telling the men to head out into the lake and start fishing. Simon Peter is surprised – he’s tired, they’ve fished all night, they’ve already washed their nets. But he agrees to try and as I watch, the biggest netload of fish I’ve ever seen begins to be hauled over the side.  Now Simon knows fishing, and his lifetime in the industry means he understands how much of a miracle this is, in the wrong conditions at the wrong time of day. I see him, overcome by this impossible catch, become filled with fear at the thought of who this in in the boat with him, and who he is in comparison. ‘Go away from me Lord, for I am a sinful man!’ I see Jesus move to reassure him with the words spoken so often throughout scripture to anxious hearts, ‘Don’t be afraid’

Safe on shore, I ponder this. The Creator putting his creation at ease. He doesn’t want to be separated from Peter, and he certainly doesn’t intend to go away. He wants to come close and let him know that all is well, that this relationship will be based on love, not a set of impossible standards which Peter will never be able to meet anyway.

Peter is bringing the boat back to shore now. He is leaving behind a whole boat load of valuable fish and walking away with Jesus. He has thrown his lot in with the preacher and will spend the rest of his life learning what it means to follow him.

Lord, it’s hard to see ourselves the way you see us. We see our failure, shame, and fear. You see those things too, in return you offer us friendship, love, intimacy and an invitation to journey with you. Do not go away from us Lord, come close and make your home in us.