Now Elijah the Tishbite, from the Gilead settlers, said to Ahab (King of Israel), ‘As the LORD God of Israelites lies, in whose presence I stand, there will be no dew or rain during these years except by my command.’ ~1 Kings 17:1

Just read that sentence again. Then, ponder this question:

If you were able to control the weather, what would you do?

Imagine if you could bring soft rains to drought-stricken areas or sunshine into places where flooding had occurred. Even better (or worse, depending how you look at it), ponder what it would be like to bring a cyclone or a lightning storm on your worst enemies. ‘Oh, you looked at me crosswise? How about a hailstone to the clavicle?’

I suppose it sounds all right for a while, but to continuously keep track of what needs rain and what doesn’t, would be exhausting and frustrating. People would be begging at your feet for relief. This might seem enjoyable, but after a while, the complaining might be a bit much.

According to Elijah, though, he was given that very power. He could decide when dew and rain would fall. ‘You think you’re so tough, Ahab? You who do evil things; you and your wife who stir up trouble and forget God? Well, I’ve been standing in God’s presence and you’re about to suffer a severe famine from drought.’

Yay, God! (Kind of.) Both Ahab and Jezebel would get their comeuppance, but the unintended consequences of both prolonged drought and famine could be seen everywhere. Innocent bystanders suffered while Elijah punished King Ahab and Queen Jezebel. 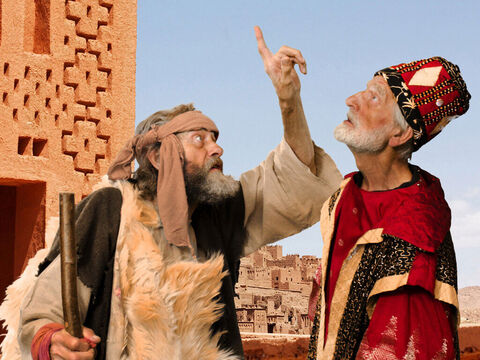 For us, it begs the question:

If I have the power to make the community’s life better, should I, even if I’m frustrated? Or, should I withhold God’s blessing because I’m upset with someone?

For Elijah, just moments later, he would experience the pain of his own decisions because there was no rain. For us, I pray that you will allow God’s blessing to rain down on you and through to others.