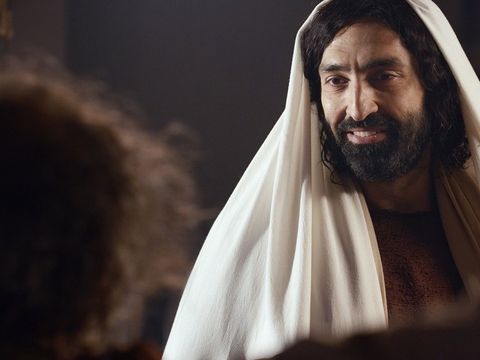 ‘Because he himself suffered when he was tempted, he is able to help those who are being tempted’ (Hebrews 2:18).

The author of Hebrews was writing to a people under pressure. The early Christian community were struggling to persevere in the face of persecution. Some were considering turning back to Judaism to escape it. Was Jesus really the Messiah for whom they had waited? Whey then were his people facing persecution and not victory, why had they been left to suffer by themselves?
What sort of Messiah was he, if not one who would sweep to power and exert his rule by force?

The author of Hebrews takes great care to outline his God-ness (‘the radiance of God’s glory, the exact representation of His being, sustaining all things by His powerful word’ 1:3). But He doesn’t stop there. He reassures that this is no remote King. He is God-come-near – fully God, yes, but fully human as well. He lived a fully human life, a full human experience.
And so, he can identify with those He came to live amongst and serve through His death and resurrection.

He suffered, he was tempted, he struggled as he faced death. We might immediately think of his temptation during His 40 days in the desert, but the struggle didn’t stop when he left the wilderness. After the feeding of the 5000, people wanted to make him a king in their mould. On other occasions he was challenged to perform signs and miracles so people would believe him. He wept tears when his dear friend Lazarus died. He was moved with compassion for the people of Jerusalem. In the garden of Gethsemane, as he faced death, he sweated blood at the thought of what lay ahead. His humanity was raw and real, and he wants to come alongside us in ours.

Are you suffering today? Maybe with an illness, a broken relationship, a lack of purpose, unanswered prayer? What are you facing that is almost too much for you and driving you to the point of wanting to give up? Are you tempted to doubt and discourage and wonder if it’s worth persevering with faith? Do you fear death?

Jesus has been there; He has lived what you have. He became like us ‘in every way, in order that he might become a merciful and faithful high priest’ (2:17). Because He totally shared our humanity by becoming one of us, he can empathise with our pain and suffering. He wants to walk with us now and carry us home.

Lord, I name the struggles before you now which are causing me to doubt. I name the temptations I face to turn away from you, and the fears which are real for me today. I let you into the dark places I struggle to show to others and ask you to stay with me there as we face them together.